It was the remarkable change I saw in the work of Maria “Ria” Iliffe-Wood that brought me to study with Jules. Ria, the author of Coaching Presence, asked me for some feedback on her second book. I was gobsmacked at the change in her work. Her writing had gone from splendid academic to heartfelt personal. Whilst her first book was authentic, this new writing felt like it had more tone, texture, and depth.

I noticed was how she could make time stand still on the page, something I later learned was by doing an exercise called Image Moment. I’d done thirty years of writing, documentary-style and I sensed something deeper and more powerful was going on here. I felt an urgent need to learn how to do it.

I signed up for Jules’ introductory level and stuck my ideas on how to write in a cupboard. Or at least I tried to. What happened next shredded all the neat recipes I had picked up about my writing.

In the online class, we were ten students and Jules. I read my first method writing journal entry. Something about the words suckling at the tip of my pen.

“Would you really talk like that? Jules said.
My finger sweated on the mouse.
That experienced voice of mine went all ginger snaps.
I sat there under the lampshade of fixed habits.
“I want you to Write Like You Talk,” Jules said.

As a coach I like to go deep with my clients. But my writing was all about surface niceties. Ink suckling at my pen tip said nothing about the truth of who I am. Jules showed me how to go deep with my writing (and of course Jack Grapes did too, through his books). Part of the magic at the heart of the method is to follow a self-revelation that shows up in the journal entry into an image moment that seems to pop out from nowhere.

Between classes, Jules is there when needed for support, encouragement, and to clear up the technical specifics. All offered up in her British take-no-prisoners style. You always know where you stand with Jules.

About three months in, I took a partial sabbatical from coaching to concentrate on method writing. I was having such a good time. Don’t get me wrong, there were tough patches along the way. They all had their reasons and led me through darker places to deeper awareness. I continued with my studies. I took the Image Moment class, and started working through the advanced levels. Each new tonality, each new exercise, each new voice dissolved some of the gunk stuck around my ancient writing gears. Through doing the exercises I was able to find new ways to just be myself on the page.

In class, we published a chapbook. I’d never heard about such things. The instructions led me to remember up my school teacher (not her real name) Miss Ernestine Boneley. I wrote a forward as if she’d done it and called it a Forewarned. I got James Joyce to add a preface. He talked about the time at the Dublin docks when he had a plate of herring with my grandpa. I chose a dozen pieces I’d written that session. The stationary store across the street printed up the chapbook and I mailed out copies. What a feeling.

The pandemic closed in as I was learning the Teeth and Mouth exercise. “Answer Me This” came out of that class. I submitted, “Answer Me This” to a writer’s website. It was accepted and published. And from there I got an offer to have it included in an upcoming anthology. Never would all this have happened without Jules, Jack, and Method Writing.

Egged on by that, I did a reading for Bloomsday and I got paid for that gig. Who says there’s no money in writing?

Chronicling The Days will include “Answer Me This” and is slated for publication by Guernica Press, 2021. Guernica recognizes this series in the context of the COVID-19 pandemic and the need to record a historical moment that has impacted writers and publishers alike. 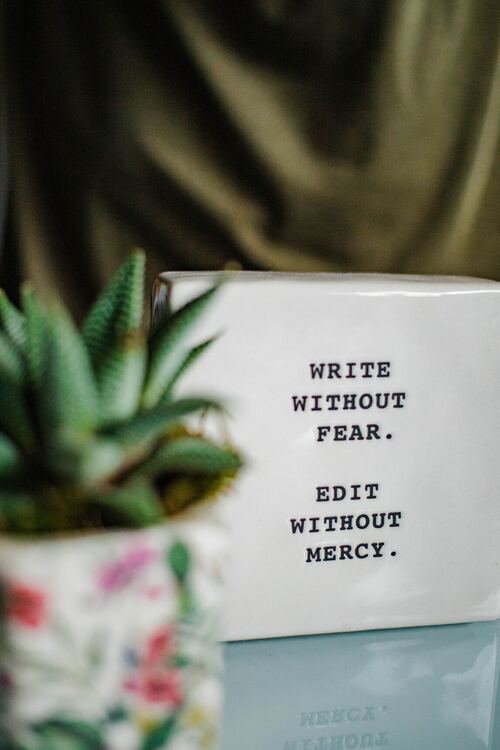