I Wrote This Naked

“What are you doing today?” my roommate asked. He was just about to leave the house this morning to drive to San Diego.

So here’s what happened…

I was surprised that my reaction to this question was guilt. I felt guilty that I had no plans. No plans for the day at all. Unless lying in the garden naked because your roommate is out of town constitutes a plan.

“The French are so good at doing nothing,” my sister said the other day. She’d called me from France where she was on vacation. “They just sit around, doing nothing.”

At least not today I thought, as I positioned my nakedness on a large blue and yellow striped beach towel under the nectarine tree.

Lying there with the sun and the midday breeze in conversation with my body, I reflected on what my sister had said.

I remember how in the space of non-doing new ideas and solutions for problems both personal and business would reveal themselves. Ideas I never had before.

I also realized to my horror that I too have jumped into the American way of a life through the looking glass of more is more when it comes to doing.

A friend of mine used to carve out non-doing space into his calendar. But then there is the pressure of doing something in the space.

I wonder how much happier, content and productive we might feel and hence be if non-doing was as organic as brushing our teeth. If we lived each precious moment of our short lives with an element of non-doing and spaciousness within it. Regardless of external pressures.

“What are you doing this weekend?” The question sounds innocuous enough. But those six words carry weight and in their weight there is a veiled “should.”

After lying in the garden for a bit I went into the house to make tea. A girlfriend called and guess what she said, “Hey Julsey, what are you doing today?” This was the second sentence out of her mouth, after she told me that she had worked out, done the weeks grocery shopping and been to the farmers market. It was only noon.

As she talked about joining her for lunch and a movie, I looked out to the garden. My dog lying on honey colored wood chips in the sun. Five doves on a low branch of the nectarine tree, kumquat globes in all their orangeness, the shrubs and flowers demonstrating a quiet skill and beauty as they did their lives.

I took a deep breath and felt love for my friend and all her movement in the world. But space, people. We need space. Space to ponder in, reflect in, meet ourselves in, make love in. Be love in.

To sit around wondering what to do in. To lie naked under fruit trees in. To relax in. To slow down into each moment one after the other in. We need to create more space to listen into, and to feel into. And most important, to be felt by our lives into.

So what did I do today. I didn’t do very much. 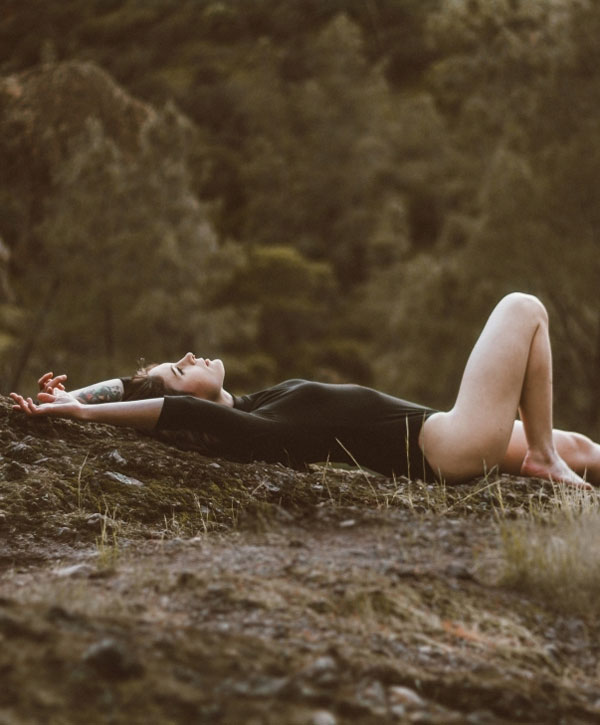