A Conversation with My Sister about Nonsense

So here’s what happened…

My sister, Sarah called today. She was feeling down. She told me she was having the kind of day where everything in her life looked wrong and problematic.

We’ve all been there.

“I want a job that lights me up,” she said. She sounded annoyed. “I want a purpose, Jules. And friends, because I don’t have any. I really don’t.”

I could hear tears in her voice. “I just want to feel happier,” she said.

As a “big sister,” I have always wanted to make her feel better. Show her how amazing she is. Point her towards all she’s accomplished and of course fix her down moods.

In the past we’d have dived into the content of her mood the way kittens dive for catnip. At some point we’d have ended up in a dialogue about the emotional effects of a drunken father and a never-satisfied mother.

In the past I would have searched my tool belt for the perfect big sister tool in order to help sort it out. To come up with a solution. To offer my fix-it pill. Because that’s what I believed I was supposed to do.

Sarah was masterful in her self-care. Although she meandered in the content of her personal thinking and at times let herself believe she had no friends and a shitty life, in the end, she giggled and said, “It’s all just nonsense Jules.” And then she’d laugh again. “Everything I’m saying is nonsense.”

At one point she said, “Julsey, I must say you’re doing a great job of staying out of my business.”

“And I got to hear myself,” she said, “I might not have done that if you’d jumped in.”

Funny how that works.

She ranted a bit more about her upsets until the rant itself had no more life. I love to witness how rants and upsets can run out of life when we don’t feed them.

Funny how that works too.

Moment by moment more space was created between her low mood and her present moment. Awareness directed her, like a compass, to ‘seeing’ that her upsets were a direct result of what she was thinking about her life, not about her life.

There we were, two sisters in a conversation about nonsense, with love as always at the reins. 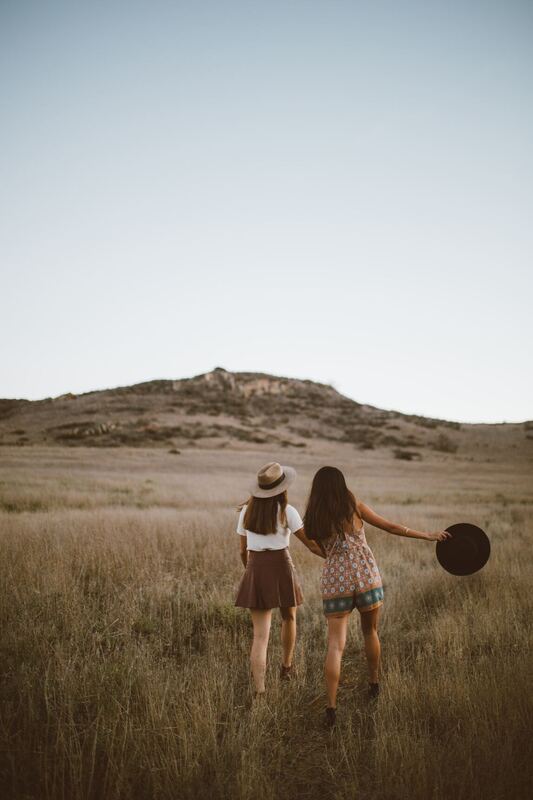